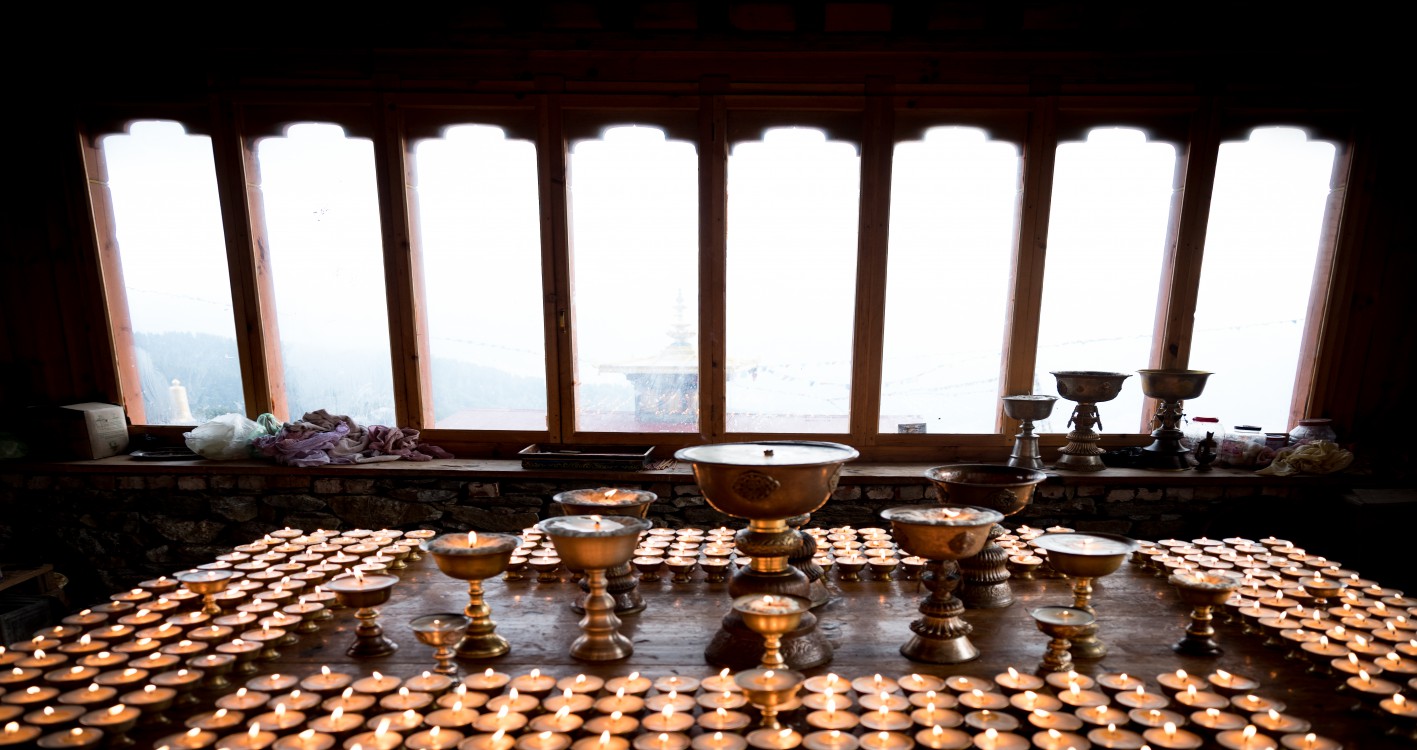 Rinpoche is the third son among the seven sons born in the family and the second trulku among the five trulkus in the family. When Rinpoche was born, there were a lot of auspicious signs; rainbow in the sky (luminous sphere), the black river of Dhur village becoming milky, his umbilical cord covering him in the shape of a vajra (Dorji Ja-drum). At a tender age of five, Rinpoche would often cry until his mother took him to the path leading to his predecessor’s retreat house. When Rinpoche was six years old, His Holiness Dilgo Khyentse Rinpoche recognized his elder brother as Adzom Gyalsey, and he was taken along with his elder brother to Gelephu for a few months.

While in Gelephu, the disciples of Rinpoche’s predecessor asked HH Dilgo Khentse Rimopche about the boy and Khentse Rinpoche replied that the boy himself would foretell his previous life in about a week. Then, just in a week’s time, Rinpoche recognized his predecessor’s possessions such as mala and other objects among the various other possessions to the amazement and pleasure of the disciples. Consequently, he was ordained as a monk where he received vows (aup’asaka genyen dhom ba) in Shechen Monastery in Nepal where he stayed for five years.
Rinpoche then stayed in Tamshing in Bumthang valley, Bhutan for three years learning all the arts of ritualism from Lama Tsheten. In 1995, Rinpoche received the oral transmission and empowerment of Rinchen Terzoe from His Holiness Taklung Tsetrul Rinpoche.

On 27th January 1996 corresponding to the 8th day of the 12th month of fire rat year, during the Nyingma Moelam Chenmo (World peace prayers), Rinpoche was enthroned as the third mind reincarnation of Thruelzhig Dongak Lingpa at the age of 14 near the Bodhi tree in Bodh Gaya, India by His Holiness Penor Rinpoche, as witnessed by thousands of monks and nuns. Thereafter, Penor Rinpoche instructed Rinpoche to study at the Namdrolling Institute in Mysore in south India and received the Getsul (sanskrit shramanera) from HH Penor Rinpoche. He studied in Namdrolling from 1996 till 2008 and gained a Master’s degree in Buddhist Philosophy.

Till date, Rinpoche has already received the following empowerments: